By Diana I. Robinson, contributing writer

Life as we knew it was about to change. On Friday, March 13, the Governor of the State of Pennsylvania informed Pennsylvanians that schools would be shut down for the next two weeks. At this point, my dad decided it would be a good idea for us to start raising chickens.  We would be home more often and able to take care of these babies.

At first, we loved them so much! The chicks were quiet and sleepy.  These adorable chicks huddled to keep warm and hopped over each other to get to the food. As the weeks passed, the chicks grew, and school was eventually closed for the rest of the year. The chicks were getting messy and needing more attention, such as cleaning the water out and refilling it more and more often.

One of the chicks started to stand out from the crowd and act like a superstar!  We thought he must be the rooster, so we called him Wilbur. He was called Wilber as he seemed to take flight like a Wright Brother, but he would also crash. He was the rooster with all the antics to match. He would jump onto the water bottle often and perch on it. We knew it was only a matter of time before Willbur would escape. Wilbur was really starting to show his true color of feathers (or bratty behavior).

The time had come to move them along, and to the outside world they would go. No longer would they stink up the mudroom, fluff their feathers everywhere, and mess up their tub as well as our mudroom floor at times. They were getting noisier and annoying in the mudroom. It was quite a lesson to learn that some animals are just not meant to be kept inside for long. They truly were ready to roam free. 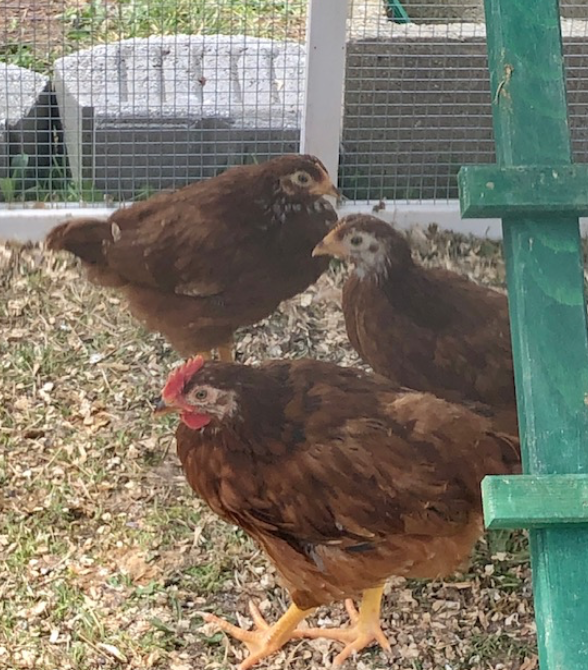 Diana is a sixth-grade student at Cambridge Springs Elementary School. She completed this photo essay for Dee Henry’s class.

If you would like to be featured in a future Saegertown Shutdown Story, email sashelenberger@psdmail.org or shetrick@penncrest.org